So, after the heart-breaking finalé to our qualifying campaign last October, and having to sit through the European Championships in the Summer wishing we’d been in a French beer garden, it was time for another campaign to get under way – the official slogan – ‘this time’… surely?!

When we reached departures at Liverpool Airport, rumours were circulating of a dry flight to Malta. So it was off to duty free, for the quick purchase of some miniatures before boarding the plane.

We landed in Malta just before midnight, the 4 hour flight allowing plenty of time for refreshments (and a wee singalong as well!). Why does the queue at passport control always seem 100 times longer when you’re waiting on the wee man’s room?!

Anyway, we got the taxi straight to Fat Harry’s Pub in Bugibba where we were setting up base for the weekend. We’d just missed Ted Christopher’s second set of the weekend, but we purchased a few of the fast-selling Mid Calder Tartan Army/Sunshine Appeal T-shirts, which had been kindly funded by Fat Harry’s & local lager Cisk – with all proceeds going towards the Sunshine Appeal and a local charity. It was great to catch up with some familiar (and new) faces for a few beers and drams before inevitably ending up at the local casino until the wee small hours.

It felt like my head had barely hit the hay when Daniel (Fat Harrys’ Director + newly welcomed foot soldier) was trying to wake me up. “GET UP”, he shouted… it was a long day ahead!

Time for a quick munch before heading to Bugibba jetty to watch the sun come up, and get the Hornblower boat ready for the first of our Boat Parties – after the 10,000 litres of beer sunk at La Bambas in Albufeira, we had to make sure the bar was fully stocked!

By noon, the boat was all set to go, there wasn’t a cloud in the sky, multiple ice buckets (or should I say barrels) were filled with tins of lager, the anthems were on, and there was a line of footsoldiers as far as the eye could see, queuing up to get partying on the Med! 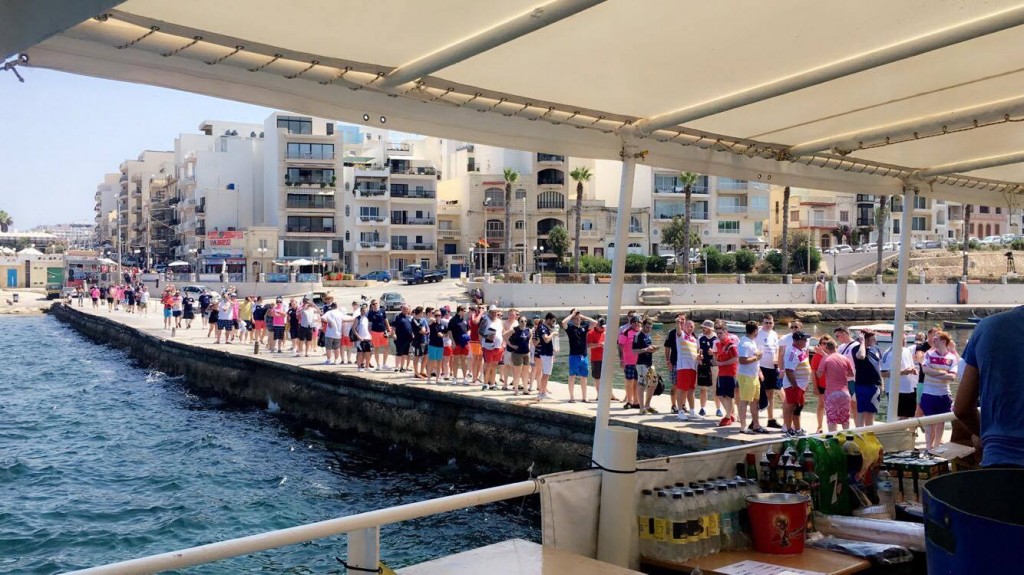 The party was an absolute blast. A load of singing & dancing, couple of live sets from Ted, a piper and the chance to go for a swim in waters slightly warmer than the seas back at home. 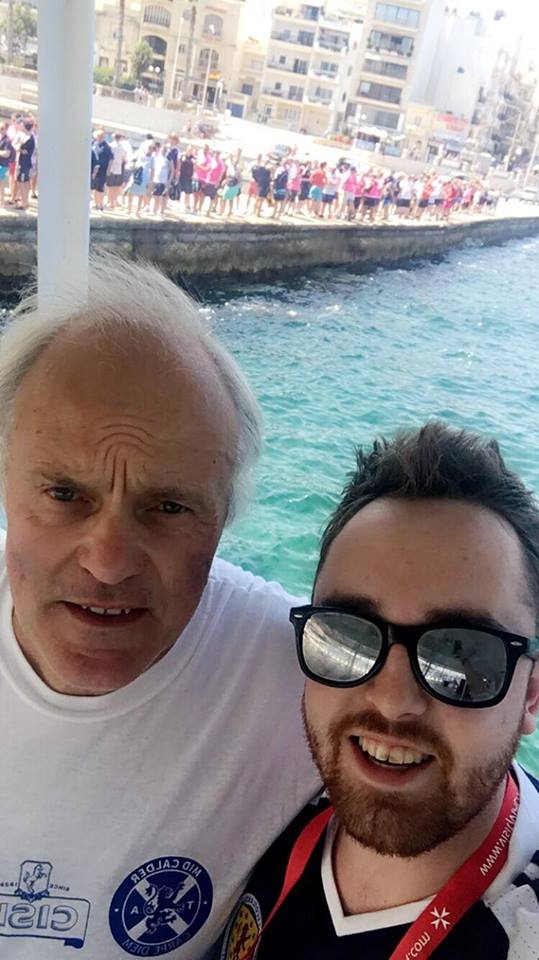 A particular highlight was the chorus of a couple hundred Scots singing “what the f***in hell is that!” when a fancy yacht passed us at the blue lagoon. Superb.

As we left the boat, the upcoming young DJ, Tam Coyle, took to the decks for the ‘Sunset Party’, and I headed back to Fat Harry’s to get everything ready for the evening’s shenanigans – we had two gigs and the small matter of the Sunshine Appeal Diamond Donation. 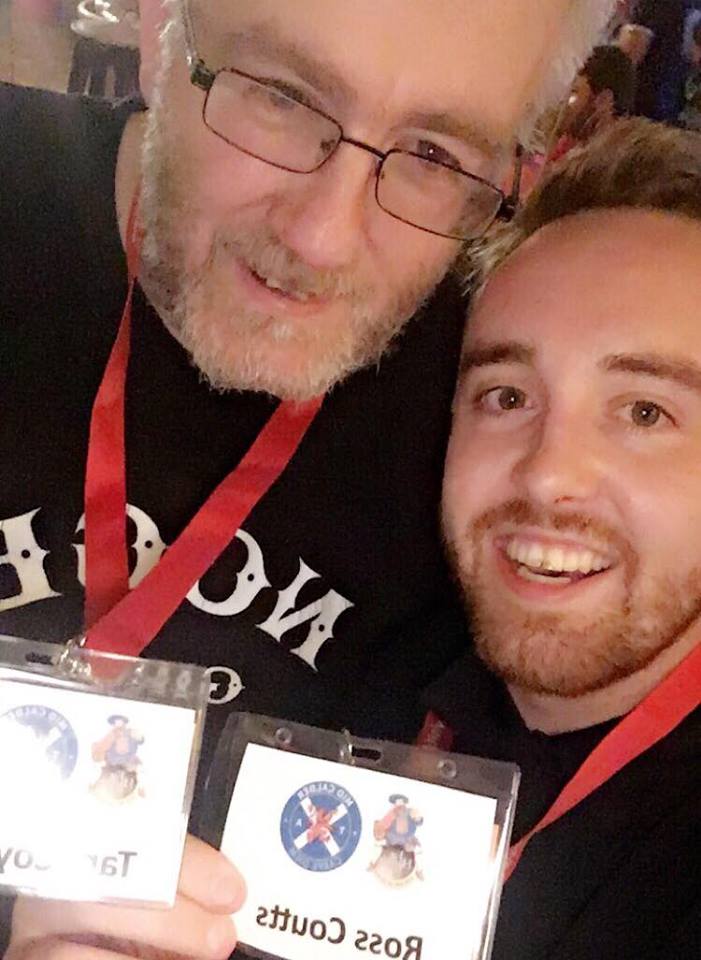 The Tartan Army Sunshine Appeal have been raising money for almost 15 years, donating to a local children’s charity on every single away trip since Lithuania in 2003, a remarkable achievement. The chosen charity on this occasion was Puttinu Cares, a Maltese children’s cancer support group, who offer care and assistance to families affected by children with cancer.

Ted got the mood in full swing with a few tunes, then TASA Chairman John Daly took to the stage to say a few words about the charity work, praising the help of the volunteers and the generosity of the Tartan Army, before presenting a cheque of £5000 to Puttinu Cares, their 60th consecutive donation.

After a good chat with Paul & Monica from the TASA steering committee, it was a short trip upstairs for Ted’s 5th gig of the weekend, where I was also spinning a few Scottish anthems between sets. A great wee singalong of all Ted’s favourites… Ginger pubes are acceptable… (not forgetting a bit of sailing on the beer covered floor) sorted us out, before we headed back downstairs to enjoy DJ Tam’s famous (is it 37th now?!) nicht afore perty, and a bit of dancing till the wee hours!

Game day wasn’t as early a start (thankfully!), but we were down at Fat Harry’s before the turn of the day to enjoy a liquid breakfast and begin the antics of a traditional Scotland game. We were joined by a couple of pipers (cheers to David Sanderson!), along with various Tartan Army groups from across Scotland, as well as the live entertainment. 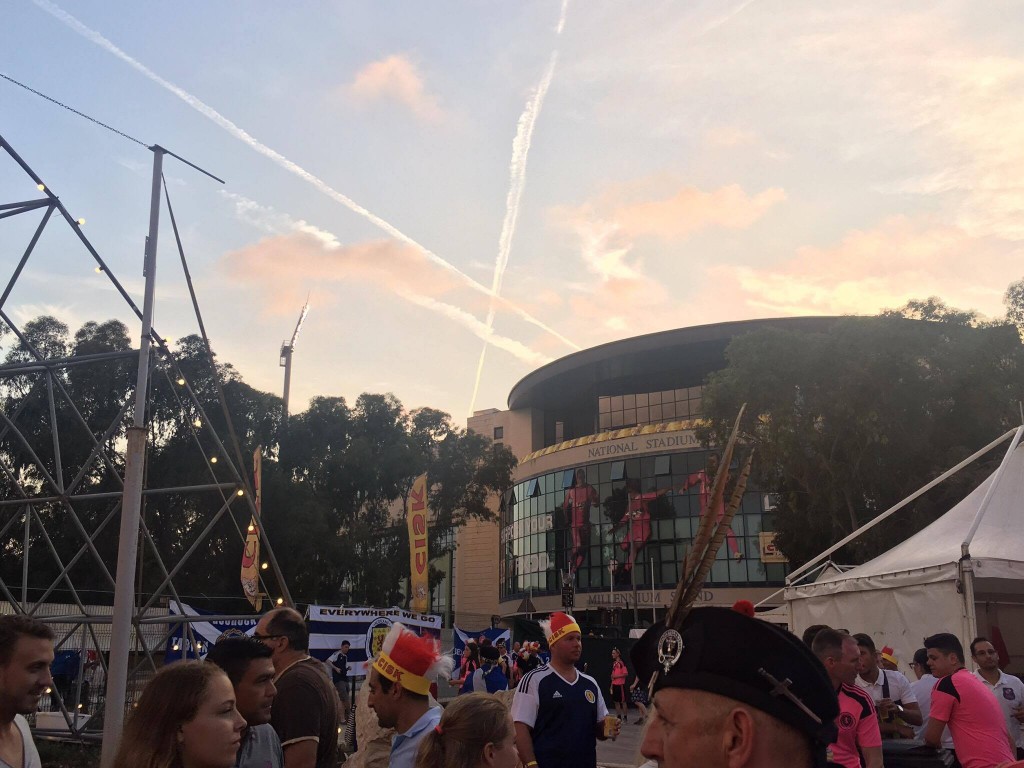 After enjoying the fanzone, some daft Cisk hats, a few shandies, and a fantastic 5-1 victory to kick-start the campaign in style, it was back to Bugibba where I was spinning the Tartan Army anthems for everyone who had lasted until the end of the day. It ended up a fun night and we continued until the back of 3am, where the local police turned us off, as we were 2 hours past curfew – where does the time go?!

Our final day in Malta consisted of trying to squeeze as much beer drinking in as possible (after all, we couldn’t get Cisk back in Scotland!), before heading to Fat Harry’s for the final gig of the long weekend. Tide Lines (and former Skipinnish) frontman Robert Robertson had just completed a mammoth trip from the Isle of Lewis to Bugibba between shows, to perform for the Tartan Army, rock n roll eh?! He played a set of singalongs to get folk on their feet, including one of my personal favourites “Walking on the Waves”. Tam stepped back on to the stage to DJ for the final few hours, which meant time for a bit more singing, dancing, and a couple of drams before it was hometime. 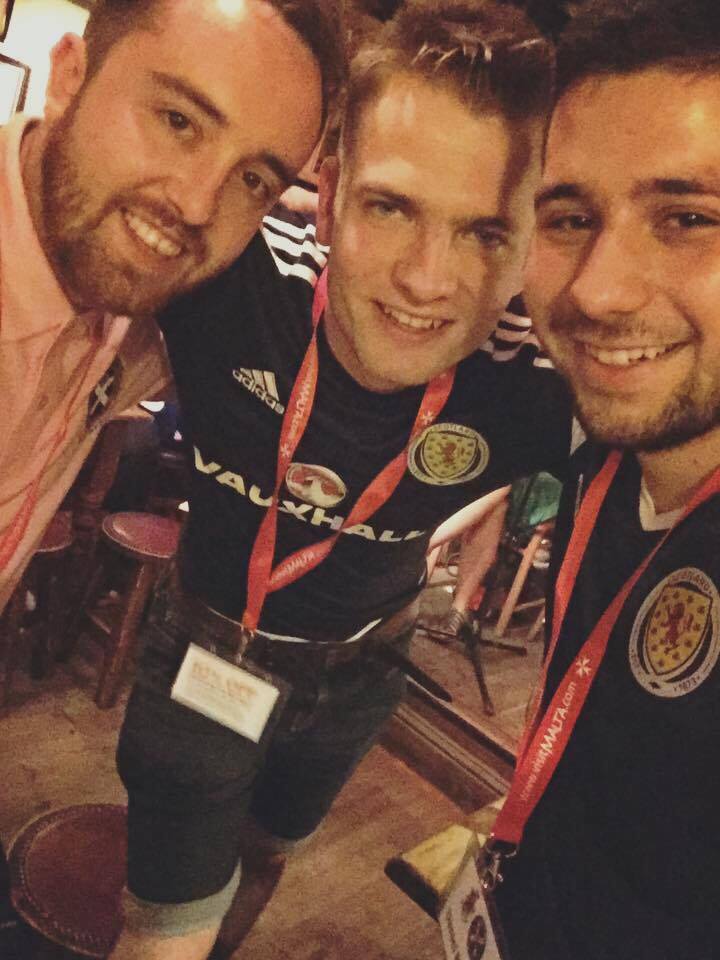 As I got the 4am minibus to the airport, with fellow weary-eyed footsoldiers, plus Robert and Tam – just minutes and hours after they’d performed – the gloom set in that another trip was almost over.

However, it was great to meet so many footsoldiers, both familiar and new faces; some top memories, great craic, and it was only four weeks until the next trip… probably just enough time to recover. It was also fantastic to work with the Sunshine Appeal, and an honour to be asked to get involved with their milestone donation. I also have to thank Isabelle & Jude at Fat Harry’s for their excellent hospitality in Malta, I’ll certainly be back.