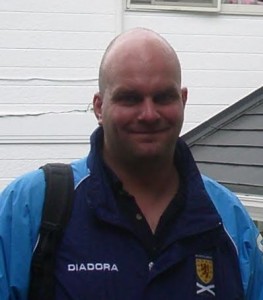 My name is Neil McDonald

I am a long term supporter of the Tartan Army Sunshine appeal having been involved since the early days but not quite the start. I am happy that we have donated to every country that we have played in since the start and I have been lucky enough to have met Kemal Karic the original inspiration behind the Sunshine Appeal.

The first presentation I went to was the Moldova presentation back in the Berti days and I have over the years helped transport goodies all over Europe, 7 or 8 bags to Ukraine via Warsaw. An overnight train was another memory as was taking a bag-load of Tasmanian devils to London, handed to me by John Daly which I had found amazing as I had them at my home for several years. 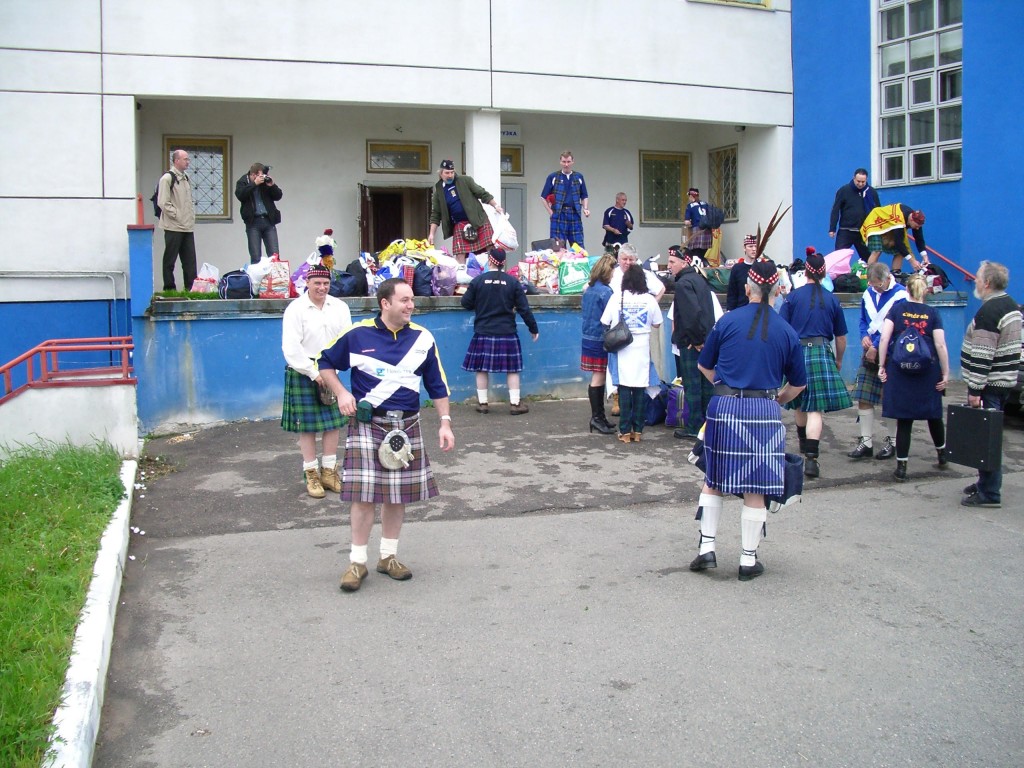 Over the years I have been a long standing member of the Steering Group and I have organized presentations in such diverse places as Japan (a solo presentation due to the fact that Scotland won the Kirin Cup the night before), Iceland and some place called Norway twice – on the pitch for the presentations (Sked and the Molde game itself). 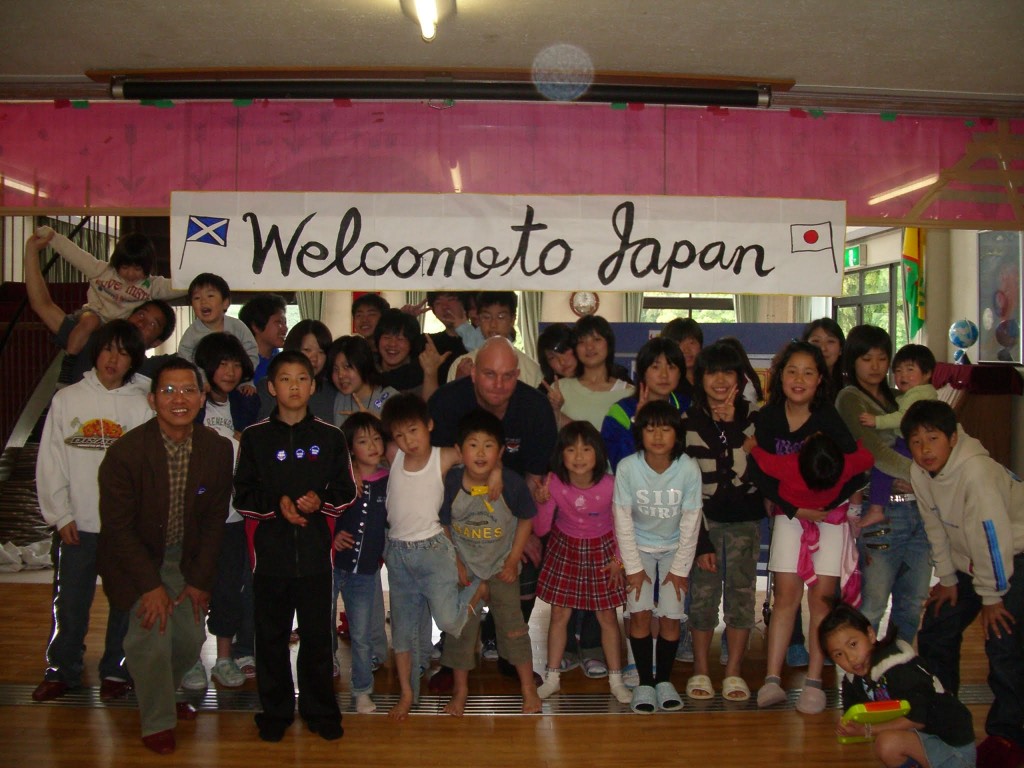 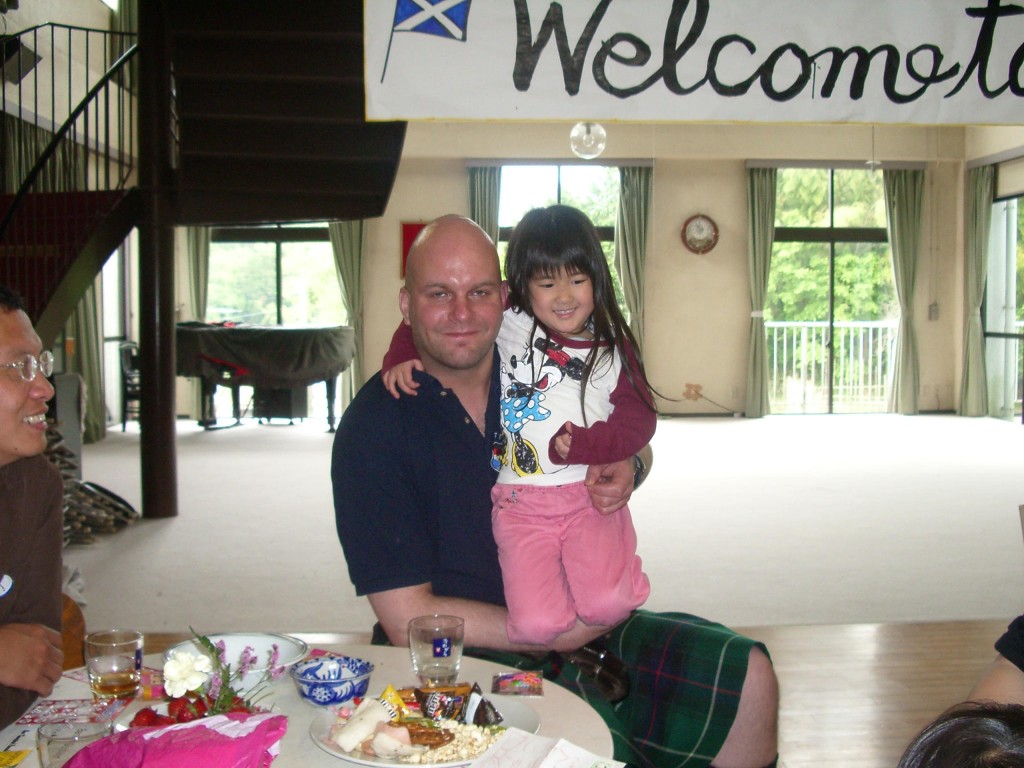 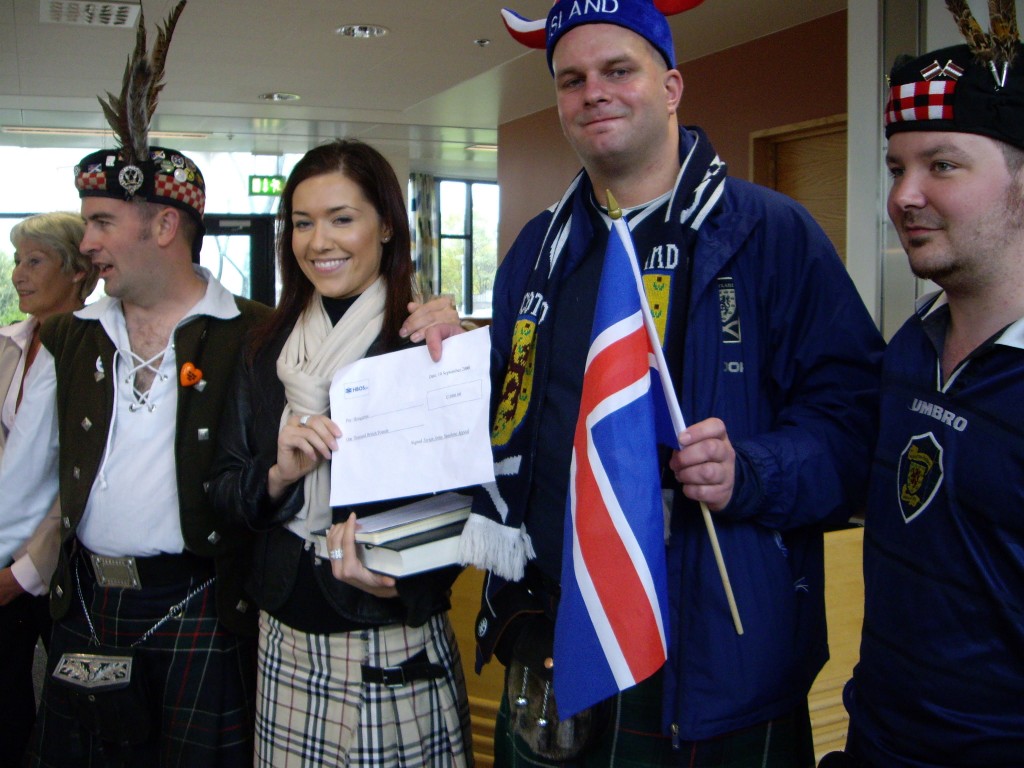 I have undertaken fundraising over the years ranging from dress down collections at work to donating any proceeds I make from the occasional train group bookings that we have made to doing something healthy called the Kiltwalk twice.

I am very proud of the work the Sunshine Appeal have done and I hope this keeps going for years to come.