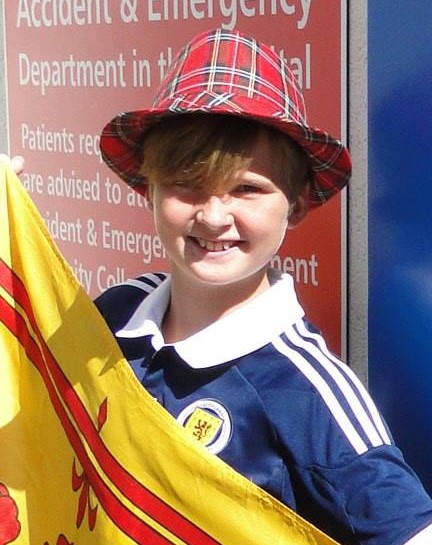 My name is Jack McCorquodale and I am 14 years old. I live in the south of England but I follow Scotland home and away with my dad when I get the chance. I don’t get to see Scotland very often because of the difficulty in getting time off school. However, I have been lucky enough to see Scotland play at Wembley against England in 2013 when I was 10 years old. I remember that trip for a number of reasons not least the boat trip on the Thames. That is the thing I always notice about the Tartan Army is just how friendly they are and how much fun they are.

On the day of the game my dad and I and a few TASA members went to Great Ormond Street Hospital in central London to donate £2,000 to Radio Lollipop on behalf of the Tartan Army Sunshine Appeal. They are a charity radio station that broadcast to sick children at the hospital.

The studio was actually a tube train carriage in the middle of the hospital. It had been donated by Transport for London and had the word Special written on the front. It had been converted into a radio station and the carriage was surrounded by toys and the wards were painted with children’s story and cartoon characters. It was great fun exploring the carriage and listening to the work that Radio Lollipop carried out. Although, we had a great time on that trip whilst I was there I thought about how lucky I was to be healthy. It was nice to see a large sum of money going towards a good cause. 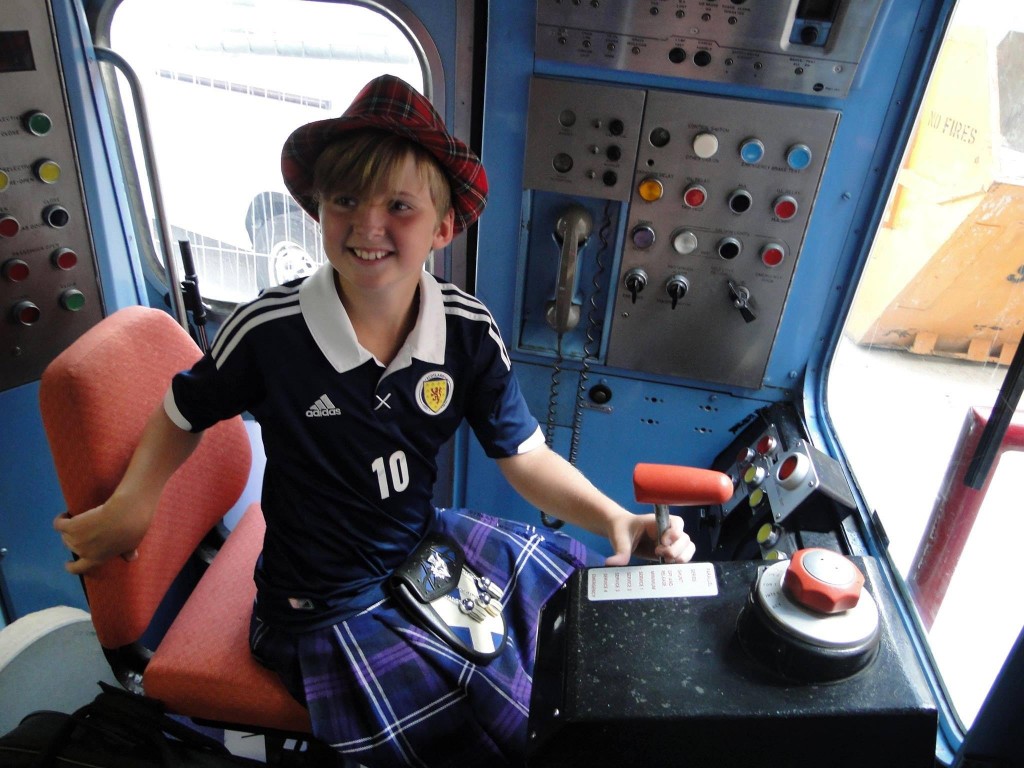 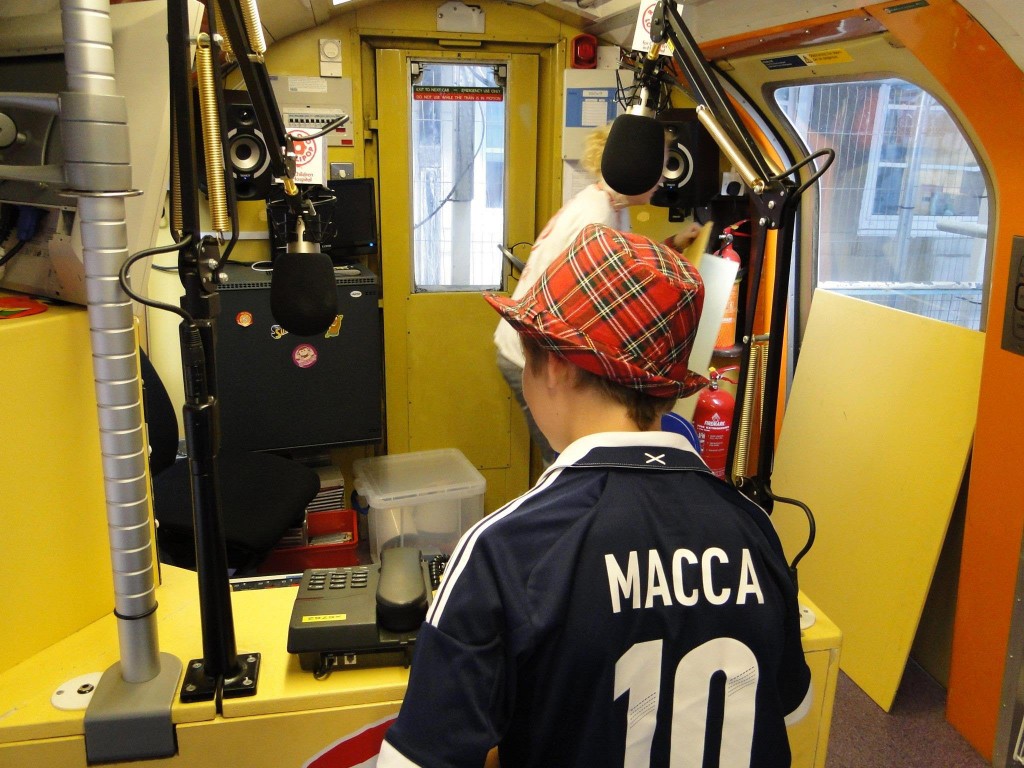 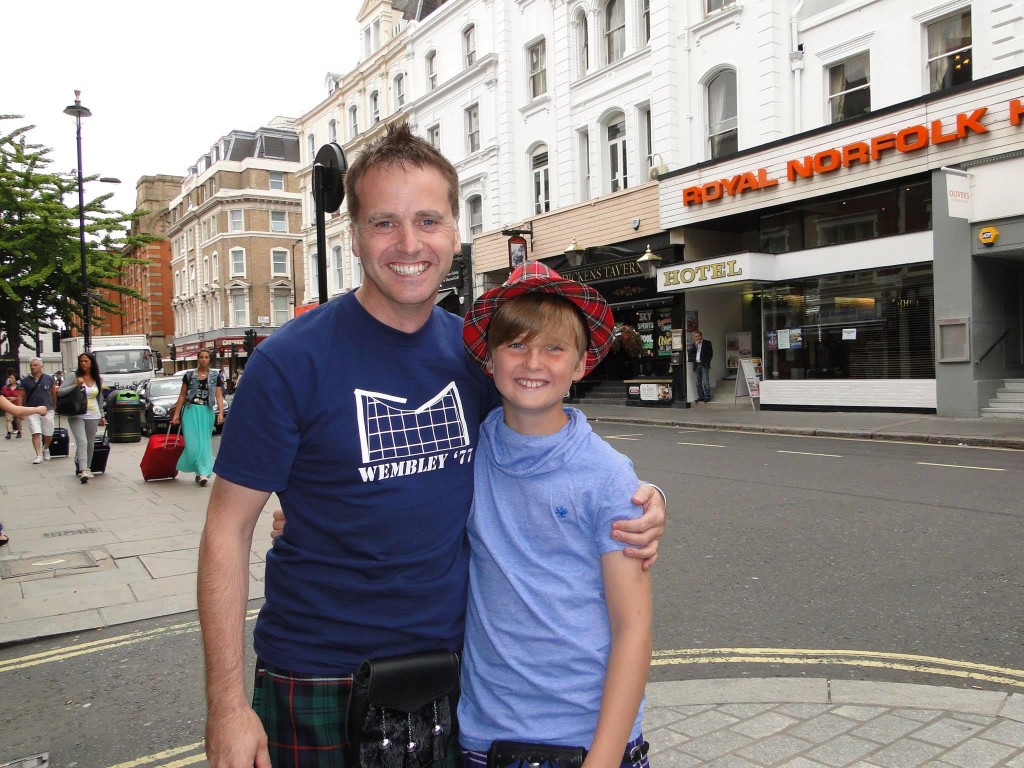 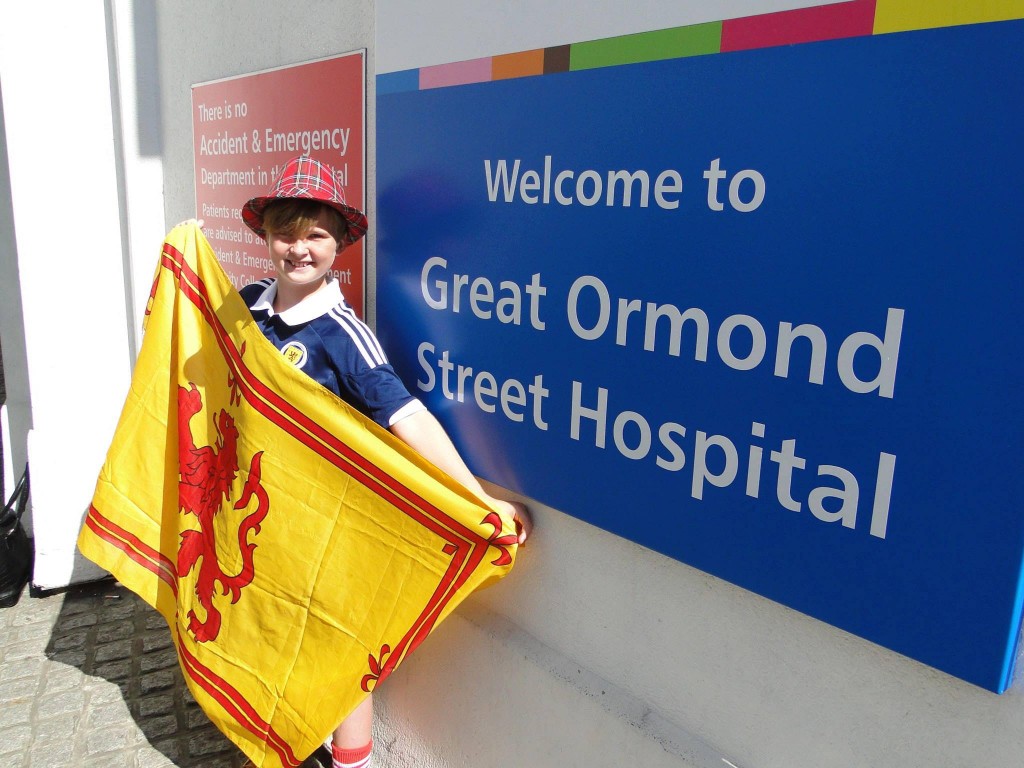