Outside Coyle’s do on the Saturday night in Ljubljana I was talking to Stewart Mckinlay and he commented on how long my hair was and when I’d last had it cut. I said that it must’ve been approaching a year since I was last scalped to which he replied that I could do with a haircut. I don’t know who made him the king of hirsuteness given his baldy dome but I said “aye you’re probably right, you can cut it tomorrow if you want to give a wee donation to TASA.”
He agreed and we made arrangements to meet at Triple Bridge at 2pm. The only condition was that Stewart had to supply the scissors.
I was having lunch with friends on the Sunday at Restaurant Aroma, just along from our agreed meeting point when Stewart turned up holding a linen napkin. He unfolded it to reveal a serious pair of scissors. When I asked him how he’d got a hold of them he said he’d walked into a bar and the conversation went like this:
“Excuse me, this is going to sound like a silly question but do you have a pair of scissors I can please borrow? “
“Why?”
“You really don’t want to know but I promise to bring them back.”
“Sure. There you go.”
I’m not sure Stewart really believed I was going to let him lose on my hair with scissors but I sat on the bar stool with my glass of red and said “on you go”.
He was a bit cautious at first but soon got into the swing of things, asking if I was going any holidays, how the kids were etc. Usual hairdresser chat.
We began to attract a bit of a crowd and Goldie from Bonnyrigg asked for a shot so the same rules applied – he needed to donate to TASA. He did, and then Andy Cook saw an opportunity and grabbed the bread basket from our lunch table and collected a fair amount of cash from our onlookers.
A great result on the hair front, a good bit of entertainment for passers by and I only needed a little bit of tidying up when I got back to Edinburgh. Oh, and Stewart kept him promise to the bar owner. I just hope the owner washed the scissors  before he used them again. 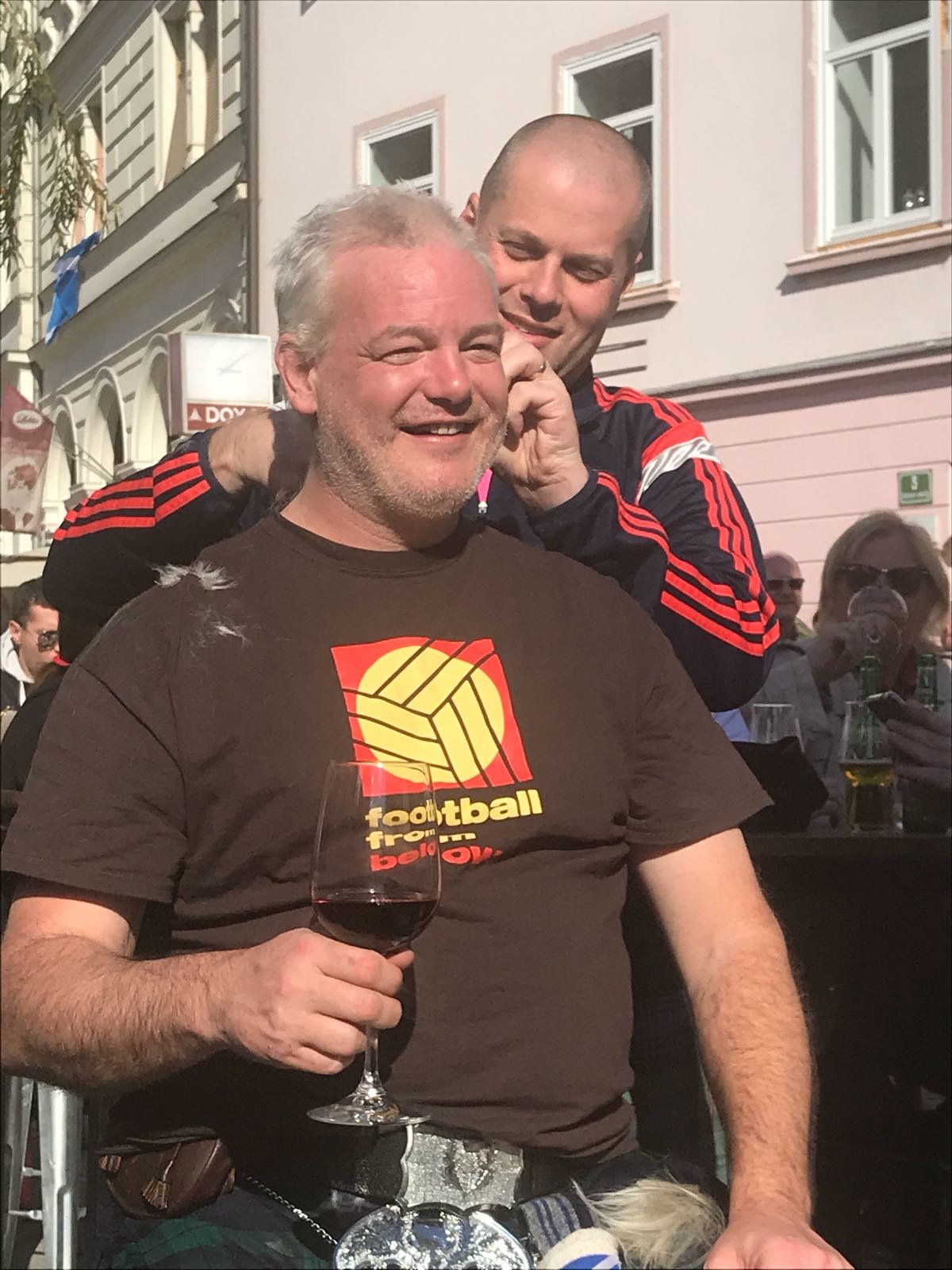