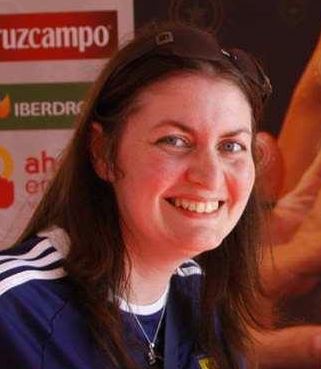 I first became aware of the Sunshine Appeal during a trip to Prague (no not the 4-6-0 game) – a 3-1 defeat in 2008.   I was asked if I wanted to buy a bag of badges.  I asked the story behind them and was really impressed with what I heard about the Sunshine Appeal… and yes I did buy some badges.

The first presentation I attended was again in Prague – this was for the 4-6-0 game!  The Sunshine Appeal were presenting their cheque in the Old Town Square and I was asked along by a few of my friends.   The Sunshine Appeal had bought outdoor toys for use by the charity which included go-karts. You could sense the disappointment when people realised they wouldn’t be able to test drive them in the square.

The personal stories behind some of the charities can make a presentation extremely emotional. Donations have been given to organisations for disadvantaged and chronically ill children. Some of the past beneficiaries of the donations are:
In Serbia and Macedonia the SOS Kinderdorf charity which looks after orphaned children. Pelcic Gore, which translates as “Thumbs Up”, which is a charity that raises funds for maternity hospitals in Croatia to buy incubator units for premature babies, The Noah’s Ark Appeal based within the Children’s Hospital for Wales and the children’s’ Oncology Ward of the Brussels UZ Hospital.

There are far too many highlights to mention them all.   But one of my most memorable presentations was visiting the orphanage in Novi Sad, Serbia. The children were so excited to meet us and challenged our little band of supporters to a football match.   Some of you may remember it had been snowing quite heavily. Undeterred our intrepid football team took to the pitch alongside a team of ten year olds.  The national anthems were sung and the game kicked off.   Scotland won the first match of the day at least!

The generosity of Scotland fans is amazing especially when being called upon at short notice.  For example, at the recent away game in Malta a second donation was hastily arranged to assist local refugee children.  I made a Facebook appeal a couple of days before leaving for Malta which resulted in colouring books, pencils, pens and crayons being donated.   As an organisation we are extremely grateful to the people who come forward with these items for the children.

I started to assist with fundraising for the Sunshine Appeal selling wristbands and badges at away games and was invited to join the Steering Group in 2012.  As a Steering Group Member I have been active in sourcing appropriate recipients when away games are confirmed.  In terms of our constitution the recipient charity must be non-government and non-religious funded. This sometimes can prove challenging especially in countries such as Malta where a lot of the charities are run by religious organisations. 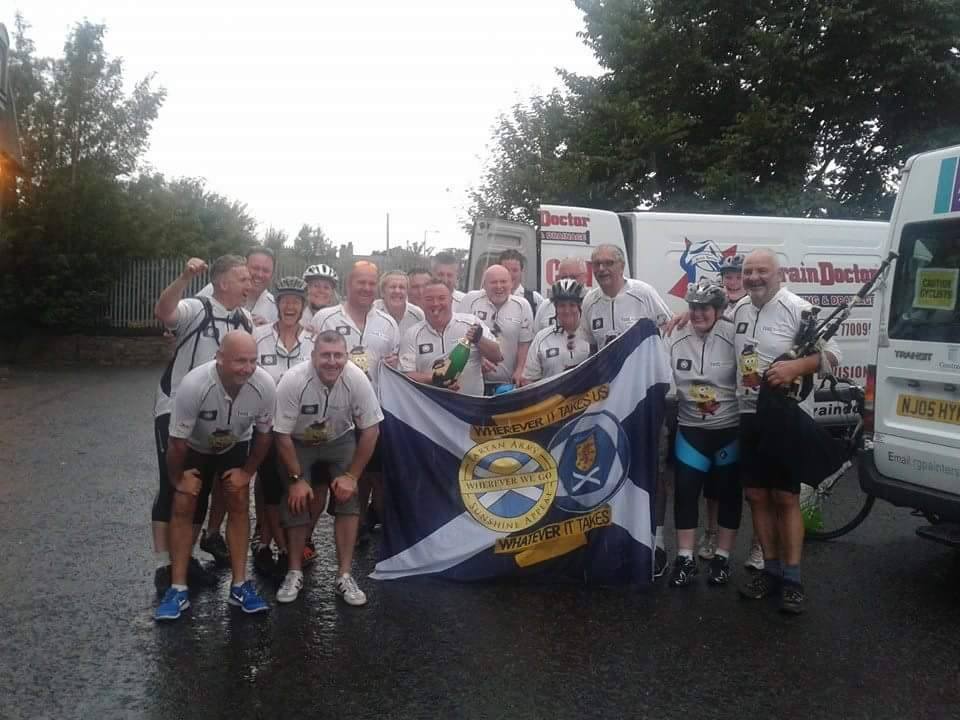 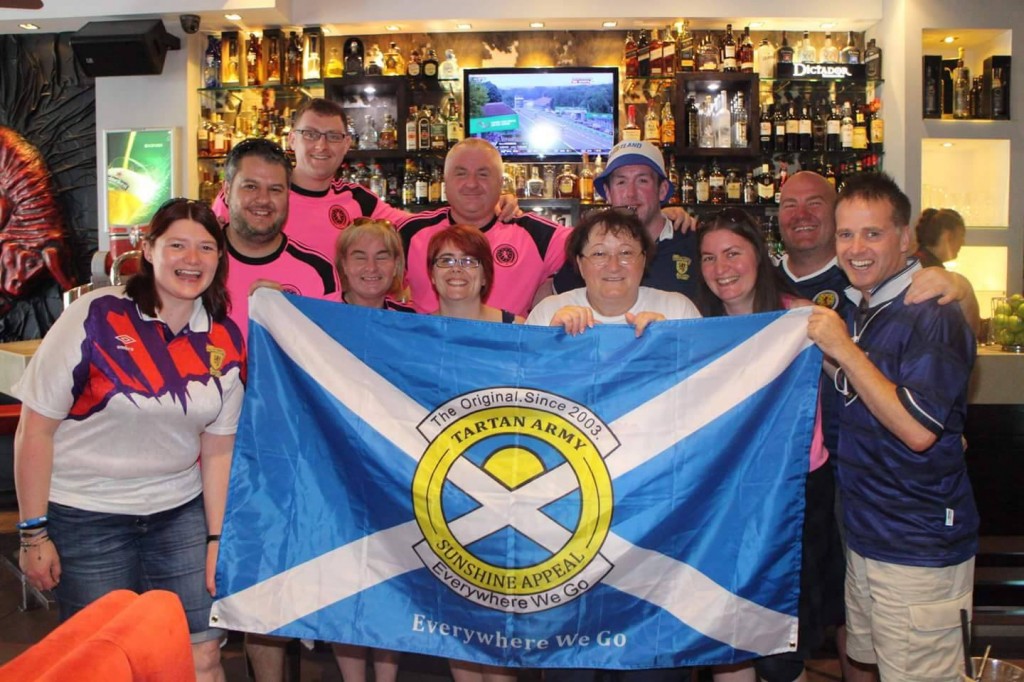 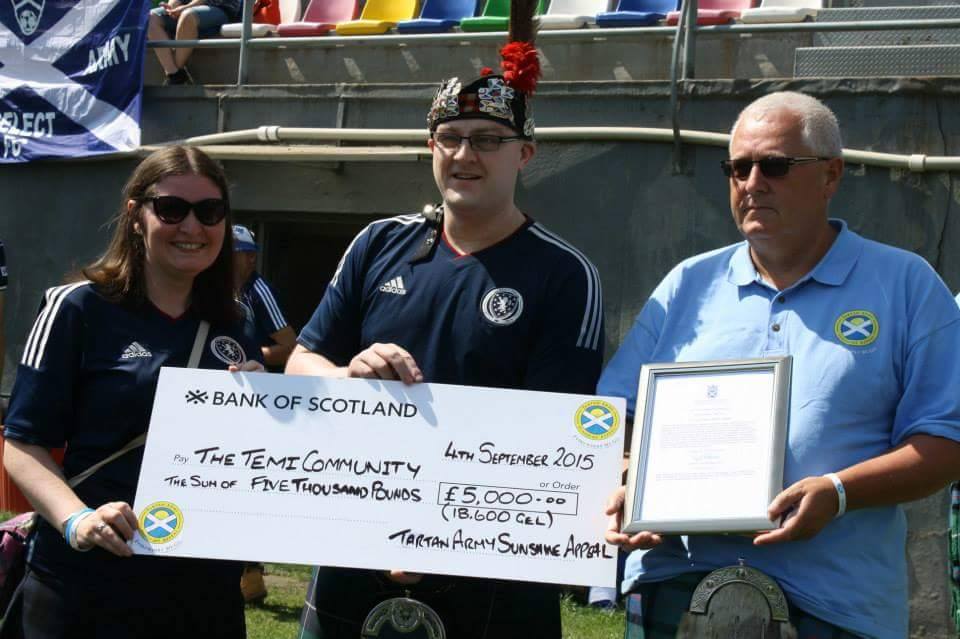 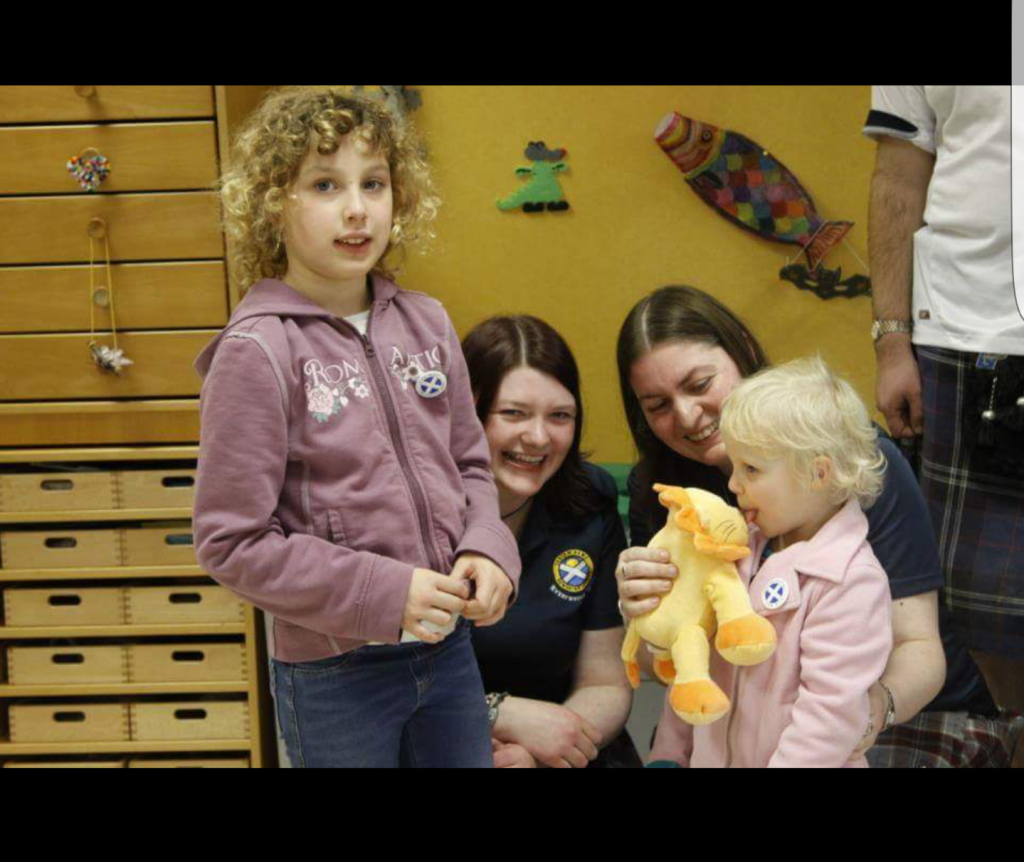