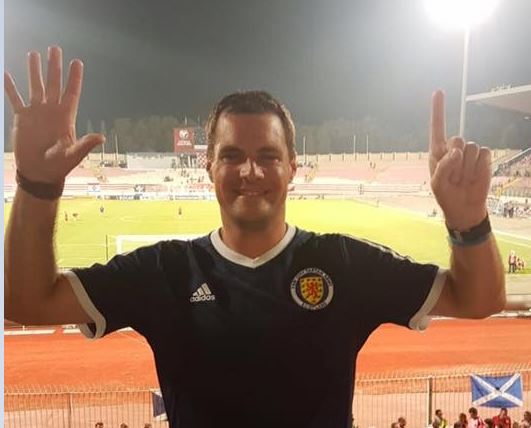 I first started going to Scotland games in 1990 when the local Scout group in Perth, of which I was member, ran a bus to the home games in Glasgow. I kept going to matches through my student years and ended up at my first away games at Villa Park against Holland and Switzerland at Euro 96. I joined the Travel Club after that and rarely missed a home game although being a poor part time student it would be a few years before I would be able to get to my next away game. I did end up with a ticket for the Norway game at France ’98 but I couldn’t afford to go so I promised myself I would make sure I went to the next tournament because Scotland qualified pretty regularly for major tournaments didn’t they?

Once I had graduated and Scotland were looking good to qualify for Euro 2004, some friends and myself and my better half booked a 3 week holiday in Portugal for the tournament and were all fortunate to get tickets for 7 games through the UEFA ballot. All we needed was to get through the play off against Holland…….……. Ah well, I did get to see our neighbours get knocked out on penalties in Lisbon.

By that point I was a member of Wee John Kaylor’s Perthshire Tartan Army and I was getting to visit great places which I wouldn’t normally think of going like Moldova, Ukraine, Macedonia and the like along with routes that no sensible person would even consider (the 24 hour train journey from Poland to Kiev being one) which was great even though the results on the pitch usually more often than not were disappointing.

Once the PTA split up myself and the usual travelling crowd formed the Fair City Tartan Army (FCTA) in 2011, I was made Chairman as I think I was deemed the most sensible (yeah you really should see the nick of the rest of them !!!) and the club has established itself as a proactive ATAC member as well as winning a few of the football tournaments along the way. 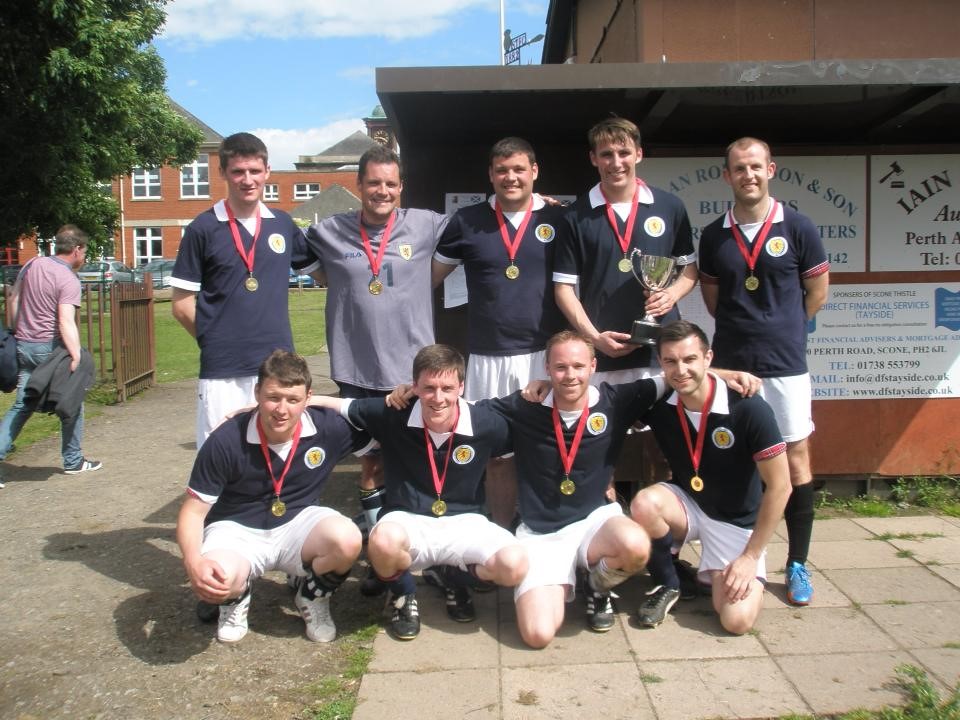 I was aware of the Tartan Army Sunshine Appeal and although I didn’t know too much about them I decided that after signing up for the Loch Ness Marathon and doing a little bit of research about them and speaking to the Chairman JD, that I would run the marathon to raise money for them.

It was a lot tougher than I thought it would be although my training was disrupted by illness (yes I was, I even had to miss a Scotland away game in Poland !!!!) and I had also picked one of the hardest marathons I was still delighted to finish and raise a good amount for the charity. 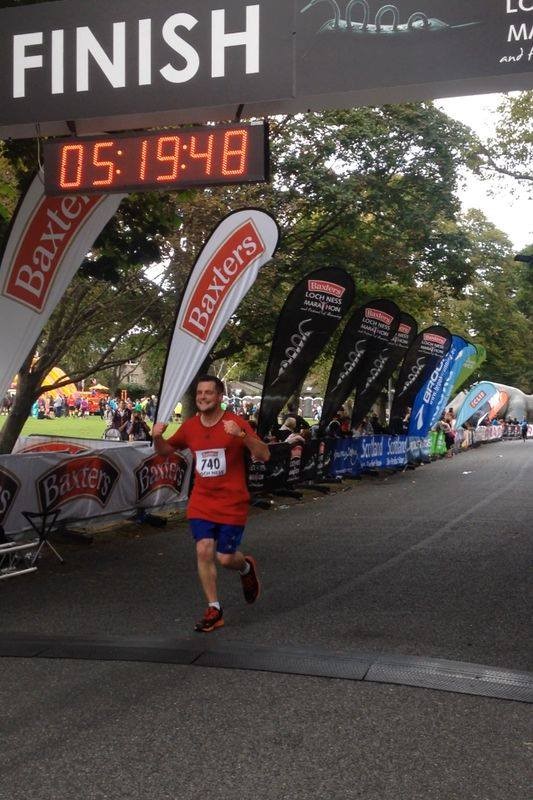 From that point myself and the rest of the FCTA took a greater interest in the Sunshine Appeal and organised the Perthshire Golf Day as well as raffles at the ATAC Sevens tournament and donating excess bus monies from away games.

It wasn’t until the Poland game in Warsaw in 2015 that I actually  attended a donation at the Fundacja Pomocy Dzieciom z Choroba Nowotworowa which was a foundation for children with cancer. It was great to see the reaction of the staff and children to our kilts and the piper belting out a few tunes. It was a humbling experience which left a lasting impression. 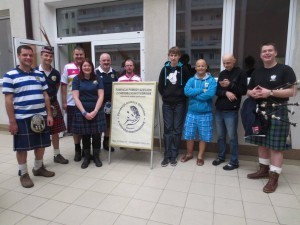 Our next challenge we had decided to something big and thought with a bit of training we could climb the highest mountain in Scotland, England and Wales in 24 hours. The idea snowballed and before we knew it, we had four of us committed and the Chairman Mr Daly had volunteered to drive us around. We were blown away by the support with our minibus, petrol and accommodation being sponsored as well as family, friends and members of the TA sponsoring us over £5000 to complete it. Andy Wilson, George Corstorphine, Neil Kirk and myself somehow managed to get up and down the three in under 22 hours assisted by some tremendous driving by John. 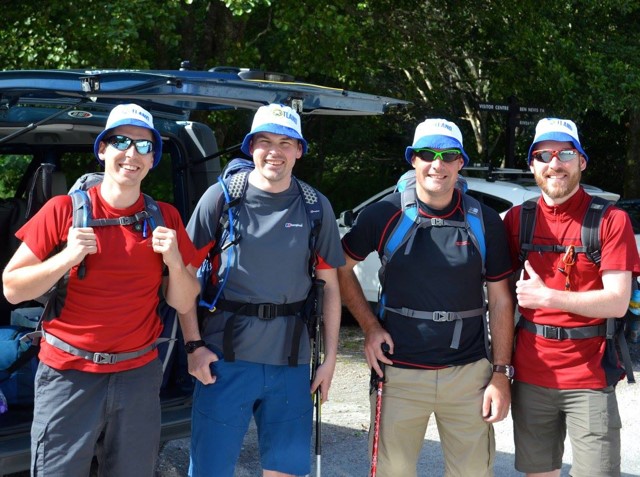 I have now roped in my better half Naomi for the next daft challenge to raise money for the Sunshine Appeal which is the Stirling Marathon in May 2017 and am already thinking of an even dafter challenge in 2018.

The Sunshine Appeal really has gone from strength to strength over the years, we are currently at 62 consecutive donations since 2003 and the fact that we can now donate £5,000 to a worthwhile cause at every away game reflects so well on the Tartan Army and really leaves a lasting impression and is something that every Scotland fan should be proud of. 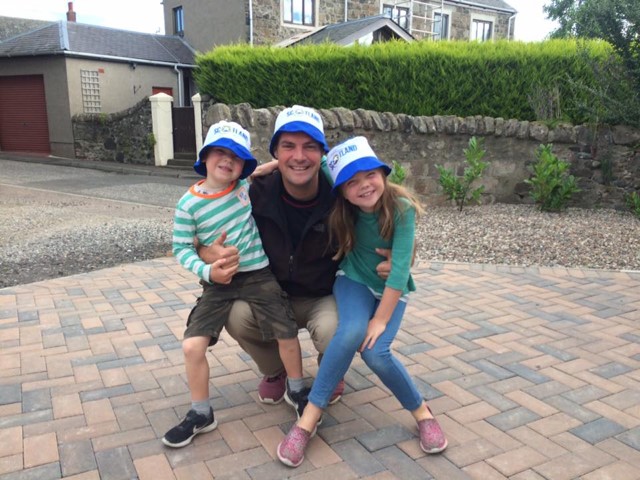 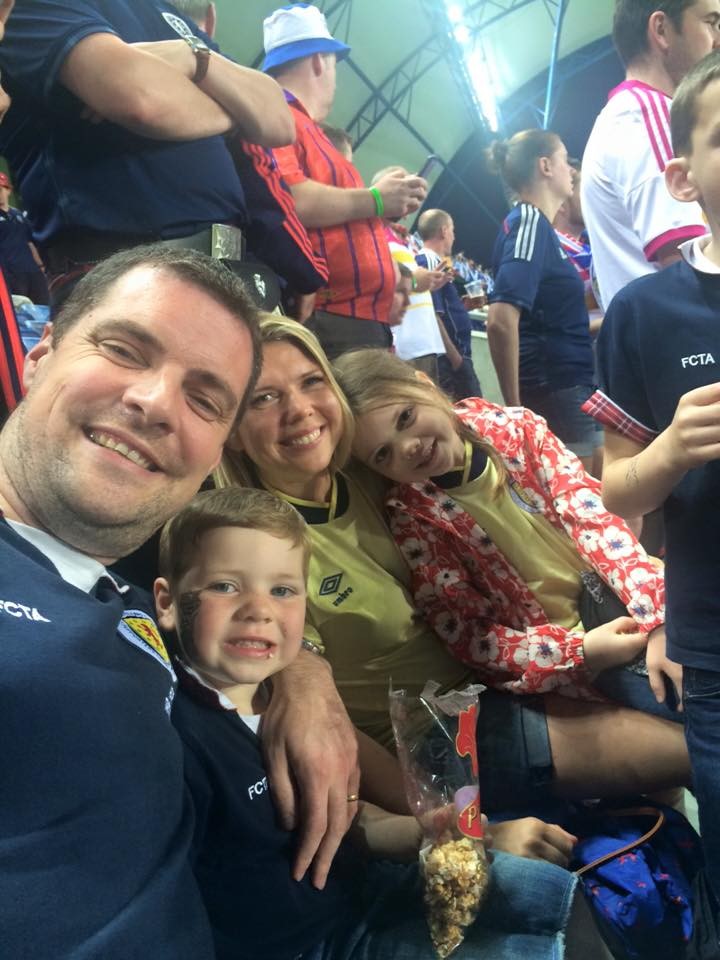