I think it was Clark Gillies who first raised it.

I was enduring walking the Great Glen Way, raising funds for the Sunshine Appeal, when it was first mooted.

There were several Steering Group members doing the walk (well, we felt we should get up off our ar*e* and not leave the fundraising just to Sunshine Appeal supporters), so we had a good chat about it.

Donating to a children’s charity at a Women’s game?

“Not for me” was my first reaction. That’s not what we’re about.

Much to-ing and fro-ing. Much huffing and puffing and I was convinced (thanks, June Callison). We SHOULD make a donation.

In fact, there were no dissenting voices in the Steering Group – so the decision was made.

I put my hand up to front this presentation. My wife Marion and I had already booked to go to Deventer in The Netherlands to see the final group match against Spain.

I set about looking for likely candidates. A couple of others were mentioned, but for reasons of geography and principles, “Kinderhulp” stood out.

Kinderhulp are based in Deventer, but they support disadvantaged children throughout The Netherlands.

From their website: https://kinderhulp.nl/ …
“One in 8 children in our country …… are growing up in poverty and feel shut out. Kinderhulp helps them with, among other things, membership fees for a sports club, a bicycle, training, a day out for relaxation and swimming lessons. We are there for them, even if they are anywhere else.”

Put simply, they are trying to reduce or eliminate the sense of exclusion that children feel when – through poverty – they cannot participate in activities that their friends can.
Can you imagine how a young child would feel when all of his/her classmates set out on the school trip, but they are left back in the class because their parents couldn’t afford the price of the trip?

That’s the type of thing that Kinderhulp help with.

I contacted Kinderhulp through their website and eventually managed to speak with Joyce Smeltink who is a fundraiser for the charity.

Delighted of course to accept our donation of £5000, she invited us to their offices on the afternoon of the match against Spain.

Wee Summary Video  (Our thanks to Sportsbeat (acting on behalf of SSE) who produced and gave permission to use this video). 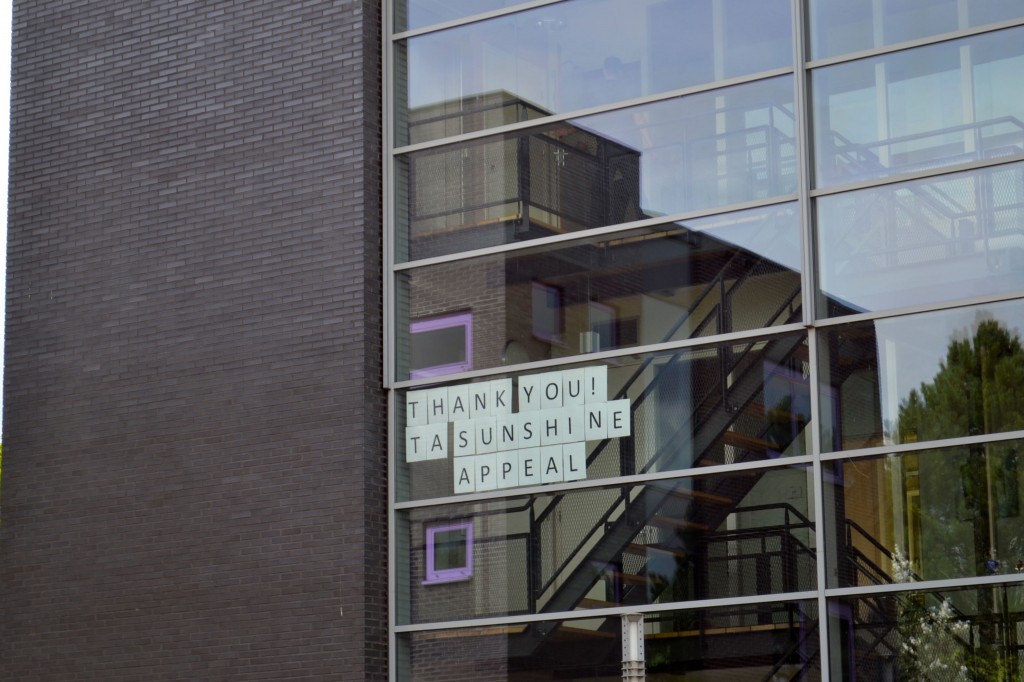 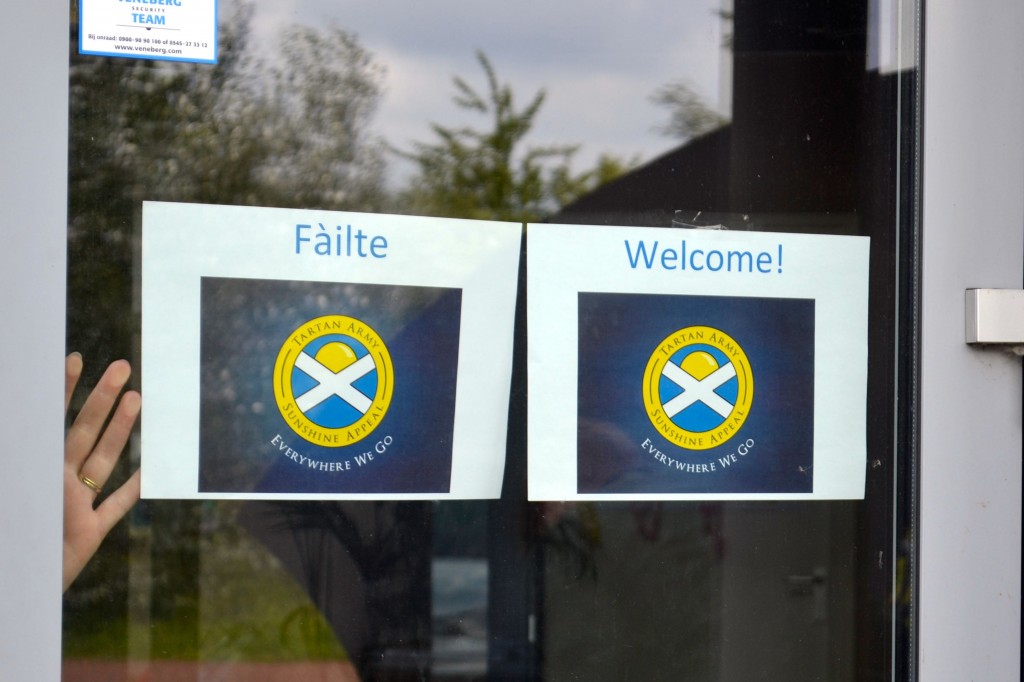 In attendance with me were my wife Marion (a veteran now of such presentations), Ken McBain and Neil Campbell.

Also accompanying us was a small media crew from Sportsbeat UK who wanted to film the event on behalf of SSE. (SSE had supported the TASA Bike Ride the previous month, where a team of 10 people had cycled from Wembley to Hampden raising almost £20000 for the Sunshine Appeal). 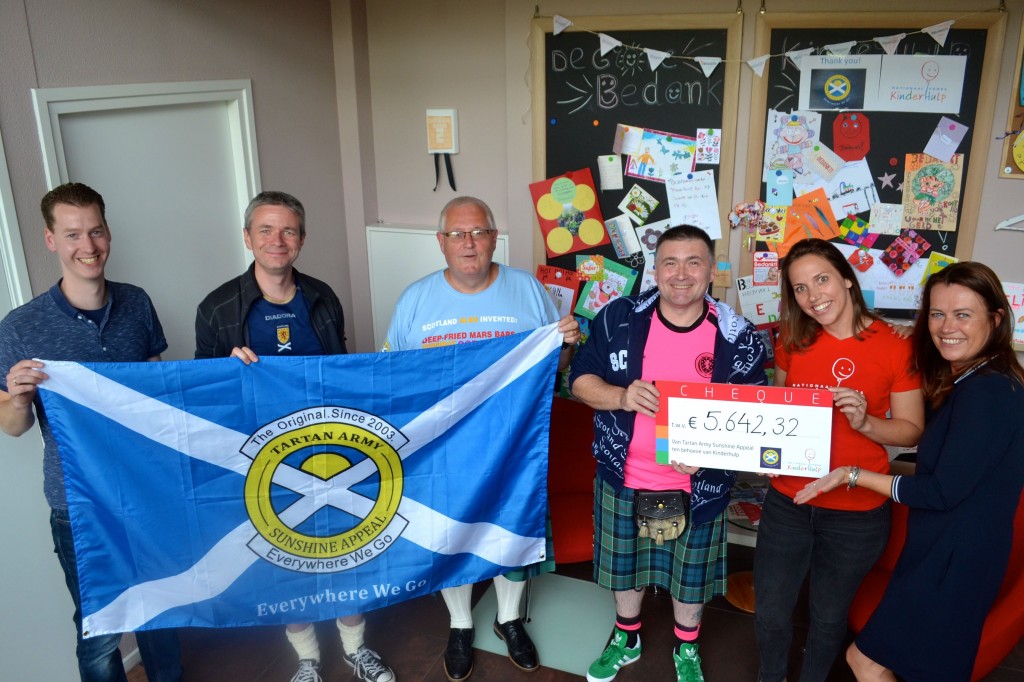 We met Joyce and her team and we were given a short history of the organisation. They have been doing what they do for over 65 years!

A brief, round table discussion followed then some interviews and it was time to leave for the match.

Kinderhulp said that our donation would help at least 30 children with specific projects they had in mind.

Will we donate again to mark a Women’s international? I don’t know. The Steering Group members of the Sunshine Appeal will have that call to make.

Meanwhile, I hope the Kinderhulp children benefit from the money raised by Scotland fans (and others) for the Tartan Army Sunshine Appeal. 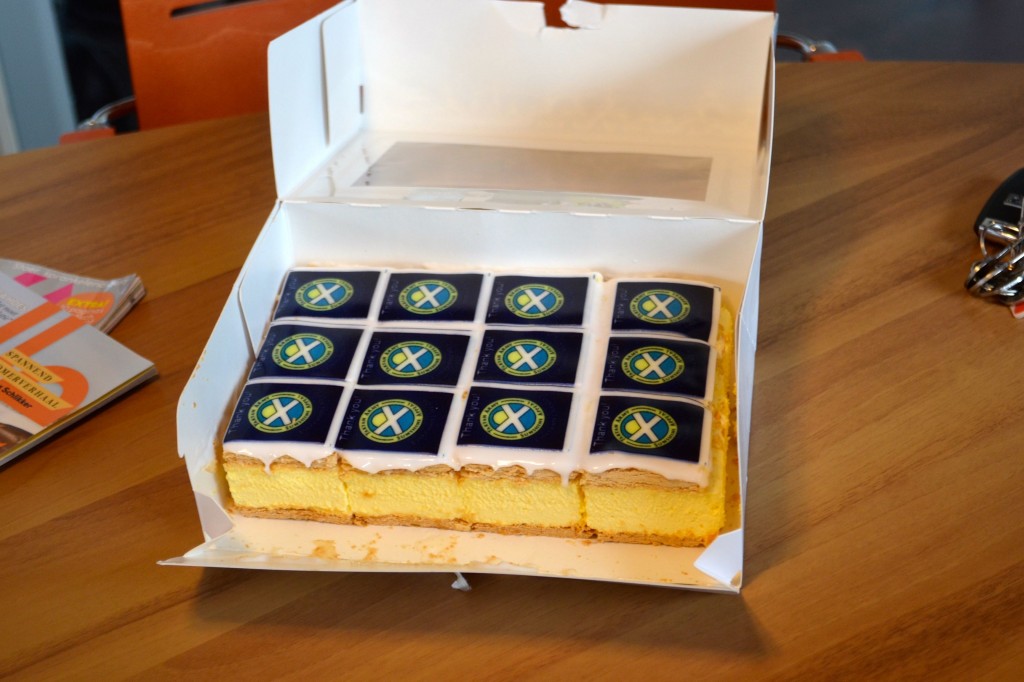 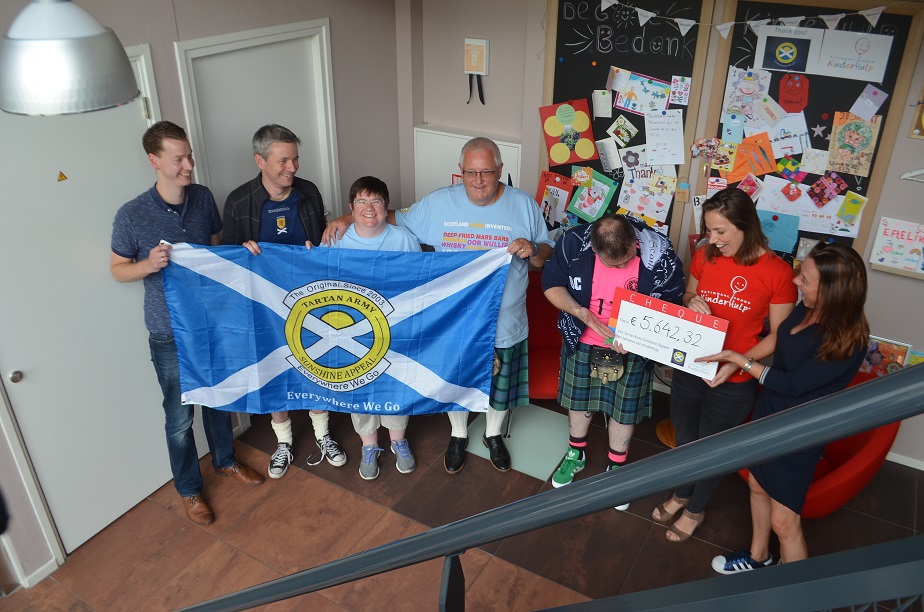