When I volunteered to take the lead for the game in Malta’s donation, to break my ‘donation’ cherry as they say, little did I know it would be such a momentous milestone – I’ve gone and volunteered for the 60th consecutive donation for crying out loud!!

Ok, so being my first, I asked a lot of questions of my fellow Steering Group members, things like what research do we do, where do we look, should it be a large or small organisation etc. But in truth it’s the same as each and every donation. The recipient charity needs to be non-government funded (unfortunately for them, as it makes their goals more difficult), non-religious and help improve the lives of young children who’ve been dealt a ‘bad hand’ in life.

The Puttinu Cares Cancer Support Group was set up in 2002 and began from an idea and a desire to offer a holistic approach of care for families with children suffering from cancer.  Puttinu is a character created by Mr. Philip Farrugia Randon – an angel sent from heaven to take care of Toninu, a Maltese boy. The children’s oncology ward is housed in the Rainbow ward at the Mater Dei Hospital, where the professional staff of the ward work tirelessly and hand in hand with the dedicated team members and volunteers of Puttinu Cares, who are always willing to provide whatever is needed to the cancer sick children and their respective families, who are going through this very difficult period in their lives. The support group offers guidance for parents in order to help them handle the ordeal ahead and give them hope for a better future.  The team gets to know the families – their likes and dislikes, weaknesses and strengths, and aims to treat each family as an individual team with customized needs.

So to the donation itself, which took place at Fat Harry’s in Bugibba, which couldn’t have happened without the help and support of you, our supporters but we can’t let the opportunity go by and not single out a few individuals including Ross Coutts and the Mid Calder TA, as well as Daniel Bianco and Isabella Debattista from Fat Harry’s, plus of course Ted ‘better than Elvis’ Christopher for doing a mini session for everyone.

Fat Harry’s also had some tee-shirts made, with profits being split equally between ourselves and Puttinu Cares, which as at the 7th of September 2016, stood at a very impressive €2,355 being shared!

I think we will all agree, another very worthy contribution from the Sunshine Appeal and all Scotland Supporters. 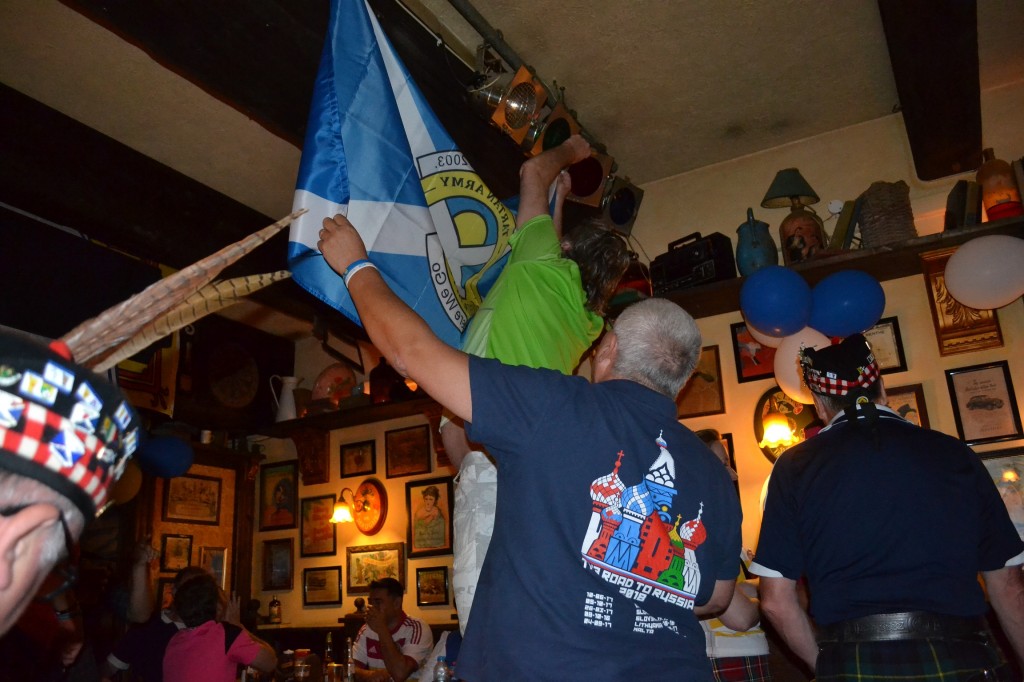 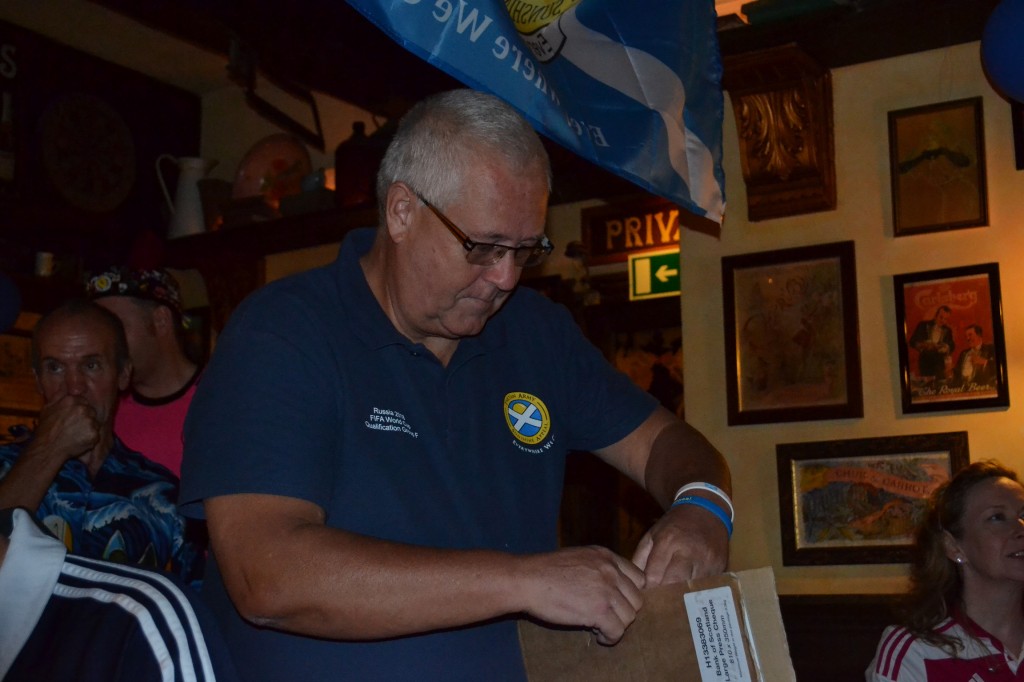 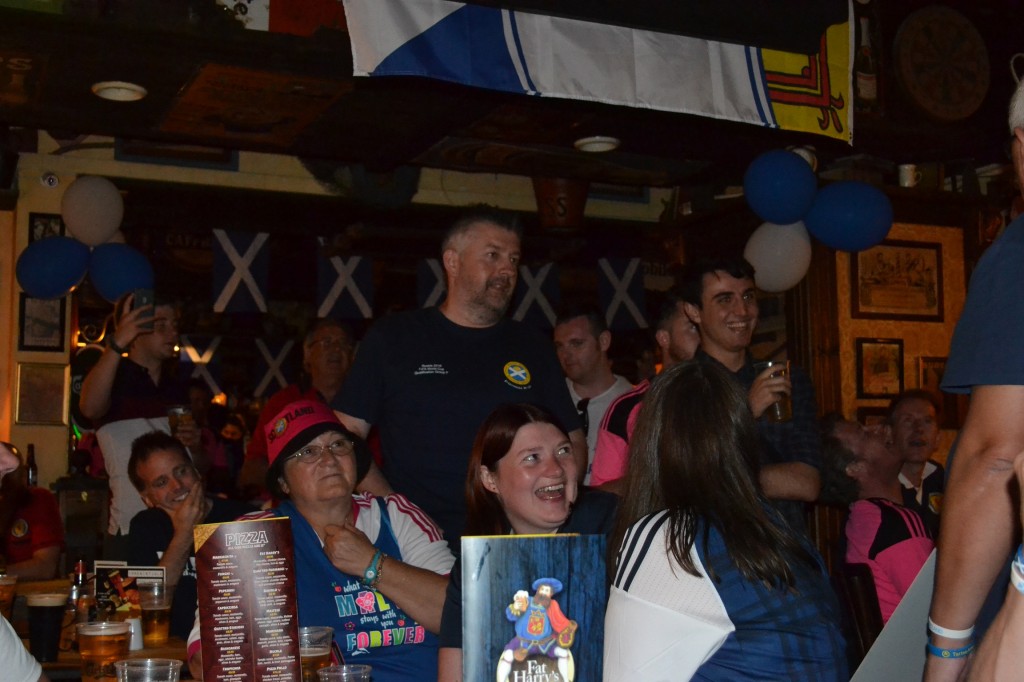 The troops are entertained by JD’s witty repartee. Or it might have been something else. 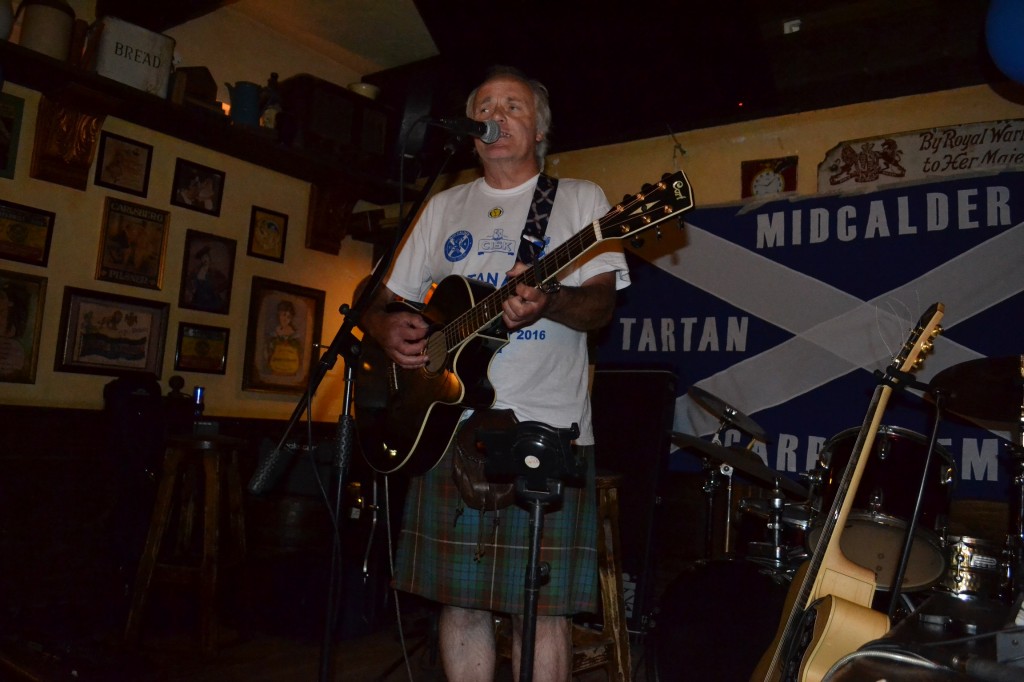 And err, that’s it.  I can only work with what I’m given you know.  So if you have any photos which more accurately portray the presentation than this, then please send them to us!  Or you could just watch this wee video…